Hi I’ve been trying to determine the sampling rate and bit rate my DAC is actually recording after realizing sometimes it is recording 44k when i thought it was 96k. So I’m also trying to test for 16bit vs 24bit as well. I made a test yesterday (of the same vinyl recording going through my DAC) and Bitter showed the lines between 16 and 24 as partially full. After playing around with system audio setting more, today recording the same material if showing those lines as full. What does this mean? I wasn’t able to recreate the partial lines recording today no matter what setting i did. At first I thought it may mean a 16bit signal padded to 24 bit, but i just tried to transcode a 16bit file to 24bit and Bitter still showed it as 16 bits - so that is accurate! Just not sure what those partially full line indicate. Thanks. 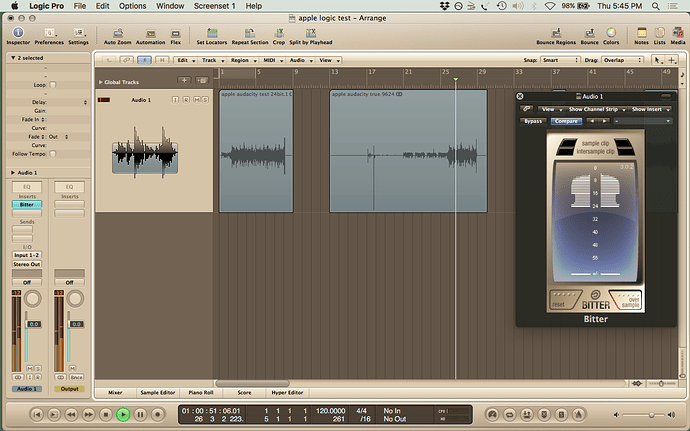 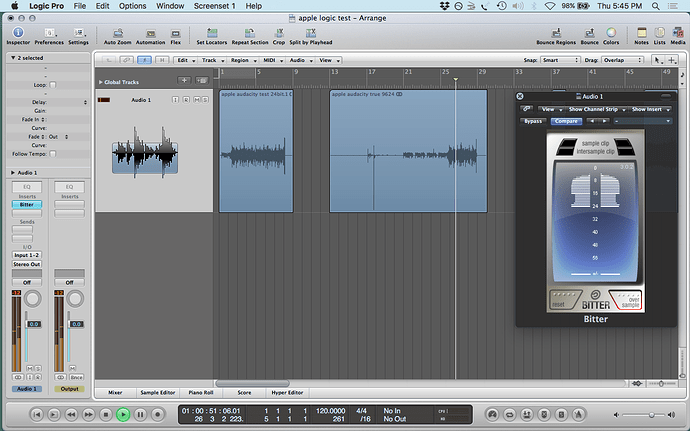 I’m going to postulate that it may be noise shaping or other processing. Bitter’s accuracy in measuring bit depth relies almost entirely on there being NO processing between the source being measured and the plugin doing the measuring. Without looking at the project I can’t really tell. If you’ve included images that show that detail, apologies…i’m reading this on my phone.

To answer more completely, partial lines mean a lower frequency of presence of those bits being “on” in the stream relative to those that are shown as full-width lines.

Hi Scott, Thanks. Interesting about the lower frequency of presence. Like corrupted in the 16-24bit area? I guess i will have to test more, however i have things setup now is now getting the full line results consistently fortunately. I don’t know what could be wrong with those earlier tests though, and a bunch of previous vinyl rips I made have those weaker lines, so I’m not sure if they are problematic. I tested 16 bit files in that same project track and Bitter showed pure 16bit so there doesn’t seem to be any processing.

Do you have Logic set to 24-bit in the preferences? It’s here in Logic X, but is also part of the prefs in Logic 9: 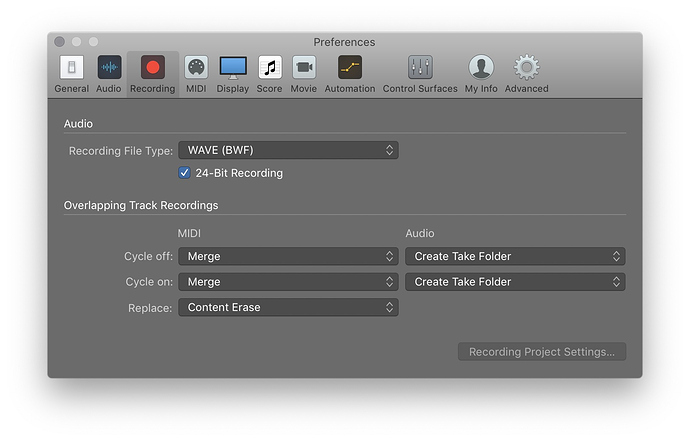 Just because a DAW or plug-in says it’s set to 16 bits doesn’t mean it can’t pass 32 bits. In some cases, it only sets the dither level but doesn’t actually truncate to that depth until the file gets written. This has led many people to mistakenly believe dither is unnecessary. For this reason, a tool like Bitter can be extremely helpful.

Yes thanks my Logic Pro 9 is set to 24 bit. I should point out all of this recording was being done in Audacity (mac version). I imported the files into Logic so i could check them with Bitter. I can’t record long vinyl rips in Logic, it crashes all the time. When i imported the files into Soundtrack pro to check them Bitter was showing up to 32 bits, so Soundtrack was doing some sort of other processing, but Logic isn’t.